Carl Smith is the global head of master data management for PZ Cussons. He is an experienced data leader/strategist, having worked across large enterprise organisations including Philips, Metro AG and Office Depot.  Within these organisations he has gained a broad skill set across most business functions and has a track record of successfully delivering change and innovation programmes, he would at his core describe himself as a data-driven business transformation evangelist.

What was your route into IT and data management?

I’m not part of and have never worked in IT – I’m a data person.

I am a bit of a geek – math and sciences were second nature to me as a kid. I didn’t really need to do anything, it just soaked in and I grasped the concepts easily. What I loved about it, is that opening of your eyes as you grasp a concept. This has carried into my working life and my problem-solving approach. I like to understand and fix problems.

I didn’t actively seek out data management – I just got kind of pulled into it. For example, I did some systems training in the supply-chain area early in my career at Office Depot. I was taught how to press a button, but I needed to understand the “why” behind the processes we were being trained to follow. I taught myself what I needed to understand; I was able to change the way I was working to save myself time and shared this and helped others to do the same. My skills evolved and I got promoted, until ten years later I was the European Director of Master Data Management. I was responsible for completely redesigning the data processes around material and changing our organisation to fit with that.

“I think I was doing master data management before it was known as Master Data Management. Ten years ago it was very niche – almost underground – but I’ve always been looking at how to make data and processes work for me rather than the other way around.”

My mother had a natural aptitude for math and ended up working with computers at a very young age – she was just twenty-one and computers were the size of rooms! I remember her giving me tests on things like fractions when I was very young – long before we were doing it at school. She was a really big influence on that mathematical direction for me. My dad was a military man – now retired – and a very practical, adaptable person.

“I think that between the two of them they gave me my “I can’t keep doing what I’ve always done tomorrow – I’ve got to make it better” approach.”

How are “modern” data management technologies and the drive towards digital transformation in many businesses impacting the data governance arena if at all?

Essentially the technology is just a tool but you do need the right tool for the right job. When I put that next to digital transformation in its truest sense, a tool can give a more structured framework. Having a tool gives a certain rigour that can then support the data governance activities – it instills an improved level of control at the point of entry.

What we have now in terms of tools is a far cry from what we had ten years ago. There has been a huge amount of improvement and the realization that for technology to be adopted it needs to look and feel easy for people to use.

“Solutions that are being developed now have the front-end as a big part of it – I must admit that I like “pretty” interfaces because they drive faster adoption.”

As a non-IT person, I see IT as responsible for the bucket and as the data person I’m responsible for filling it so I am fairly tools agnostic. However, in the context of data, we are “belt and braces” adopting RPA – we are on about 15 different business processes so far. It’s not rocket science but it seems like magic for some people in the business.

AI and RPA are real buzz words on LinkedIn and other platforms right now.

“Most people don’t really understand the depth of what [AI and RPA] do and what is required to run them and where to drive these techniques from. You do need to know what you are doing so having the right expertise should not be underestimated”.

Master data is increasingly coming under the remit of Chief Data Officers. What are your top 3 tips or resources to share for aspiring CDOs?

“There is a fourth one too which is “Stick to your guns” – don’t let anyone get away with taking the easy option or your project will falter. This won’t win you any popularity awards but it will give you the best chance for success”.

Can you give an example of when things had not gone so well on an MDM project; how you and your team managed to fix things and what you learned?

We were running a data quality project for a company that was trading in about 10 different countries around Europe and buying the same products – often from the same suppliers. About a year before this we had deployed a global PIM system and built the connections needed to let us analyse product data across the whole company and all countries. What we realised was that we were buying the same product from say, 5 different suppliers with 5 different rebate agreements in 5 different markets. We highlighted a lot of anomalies that amounted to tens of millions in potential savings but the master data people don’t own the data, we are just the guardians of it.

So I went to see the procurement department but at the time they were under-resourced and did not have time to deal with it. My team spent some time trying to support them as best we could but in the end, I had to go and see the Head of Supply Chain with my spreadsheet and a very large number at the end of it. It was a very blunt and open discussion and his response was very direct. Let’s just say that within a few days more resources were hired and we were quickly re-negotiating with our suppliers for better deals.

What I learned was that you can’t do these things on your own.

“From a master data point of view, we are there to shine a light into the dark corners – behind the big stones and the boxes – and to get the business to take ownership. We have to show them the money or whatever is important to them and help them take action.”

What trends or changes do you predict to the data management arena in the next few years?

I don’t think there will be a step-change event that will completely change things. There are so many different things going on at the moment it’s going to be more of an evolution.

“For me the robots are king – getting RPA more mainstream and getting it more understood and accepted will be a big thing. It will change the nature of jobs rather than take them away. It’s an evolution rather than extinction.”

Is there a question I should have asked you and what would the answer be?

Bear with me on this….the question you should have asked is:

“What did he say when you arrived at the Reception?” and the answer is “I don’t know because it hasn’t happened yet”.

What do you like to do outside of work?

I am married and I have a young son who just started Primary school. What that means is that I don’t officially have any say in what happens in my life outside of work – Evan has a better social life than I do!

“I am partially joking – I am a family guy through and through – most of my time is spent between renovating the house we bought a couple of years ago and doing the day to day fun stuff with a four-year-old and a keeping my loving wife happy. Living for today while planning for tomorrow”

On the other hand, if we could miraculously add a few extra hours to each day or a day a week then there are a number of things I’d like to do. I used to do a lot of photography but it is very time consuming so not so much anymore. I’m also a bit of a film buff – a bit of a Trekkie – anything that makes you think of space is definitely me.

You have a time travel machine and you have one chance to make a return trip to the past or future. Where are you going and who do you want to meet and why?

It would be Cambridge University on 28th June 2009 at about ten past twelve. The first thing I would have to do on arrival is to apologize for being late. At twelve o’clock on that day, Stephen Hawking held a secret reception. He didn’t send out any invitations but it was for all future time travelers. It was all set up and he made announcements after he had done it. So now you understand the answer to question 6!
“So with my time travel machine, I am a polite, English time traveler. It would be rude not to accept an invitation like that – pop along for a slice of cake and some champagne as I know he was partial to champagne – and let’s be fair, who wouldn’t want to prove the existence of time travel to Stephen Hawking?”

At Reltio, we believe data should fuel companies’ success, not hold them back. Our first-of-its-kind, cloud-native SaaS platform unifies multi-source, complex data into a single source of trusted information. Agile enough to fit any company’s needs, it can flex at will – for accelerated data value creation, and ongoing effectiveness. It’s also fully compliant and secure, so data can be acted upon with confidence. Our diverse set of customers—from start-ups to large enterprises in more than 140 countries spanning multiple industries—rely on our award-winning platform to fuel their success.

Why More Businesses are Switching from Legacy to Modern MDM

3 Good Reasons Why Data Governance is the New Cool

From spooky and scary to funny and unique, our team went all out with creative costumes this year. Happy Halloween, everyone!

Learn how modern MDMs enable you to manage your core data as a product for any data domain to enable activation of the data for key business initiatives. Register Here: http://ow.ly/BPuW50LpMeE

We're thrilled to announce the opening of our newest and largest office in Europe. Lisbon, Portugal, radiates passion for incubating forward-thinking, technology businesses and has the skilled and motivated workforce to make it happen.

High-quality data is vital for intelligent decision-making. Reltio Integration Hub uses a low-code/no-code platform and powerful automation to simplify integration and accelerate value. Learn more about how easy our integrations are: http://ow.ly/iGQ850LkOnc 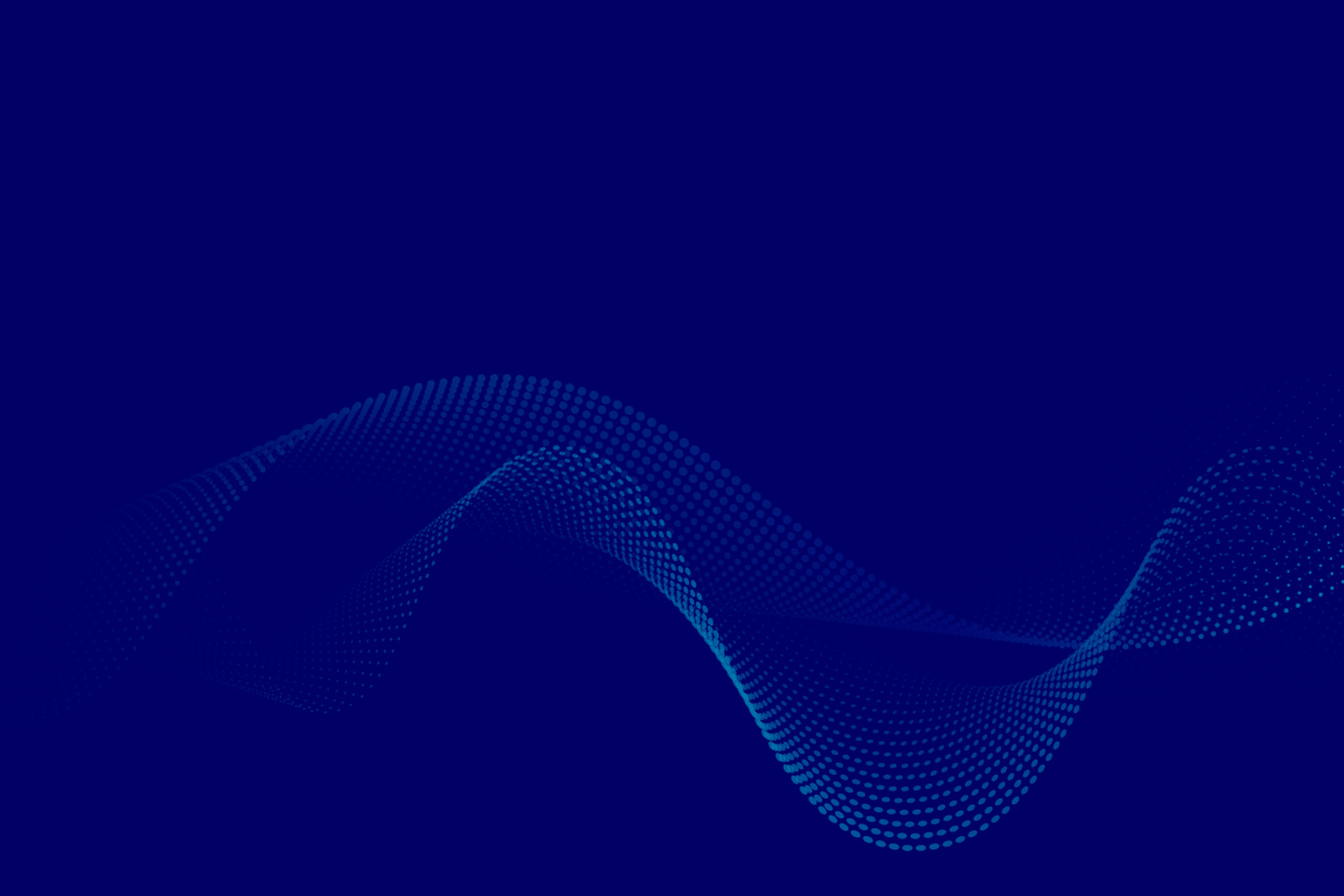 Book a demo to see how Reltio can help:

Get a Personalized Demo

Please disable your adblocker or allow scripts from Google Tag Manager and Marketo to view this form.